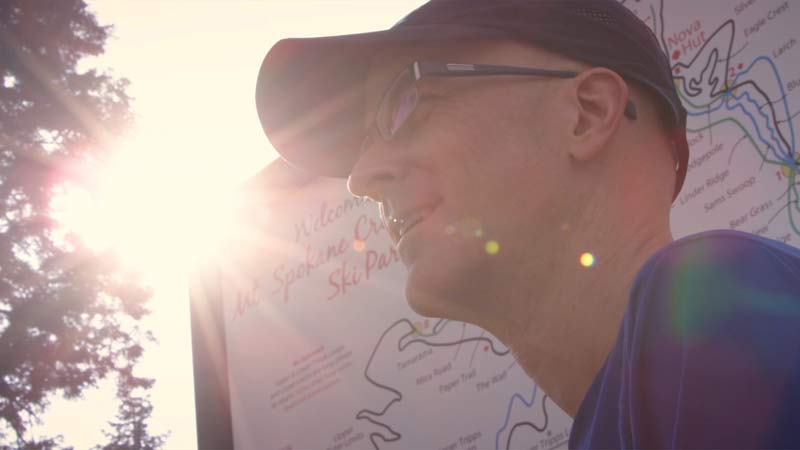 Three days before Brad Thiessen was to enter his first 50k trail run, he instead found myself being wheeled into the operating room to have a brain tumor removed. What was supposed to be a six-week recovery turned into an 18-month study in how things can go sideways. “Proof of Life” explores a year in the life of Brad Thiessen as he trains to finally run that elusive 50K, and showcases the link between nature, fitness, and tackling a challenging goal in the pursuit of a meaningful life.


Writer/Director/Editor Adam Harum’s involvement in Emmy Award winning film work (The Hanford Story: https://youtu.be/rbd-xaYd4rs and The Smithsonian Institute: http://vimeo.com/40178745) paired with his extensive professionally-based knowledge of the post-production/visual effects world put his filmmaking experience well beyond his age.
For nearly a decade Harum worked as a freelancer for Spirit Lake Pictures as a Director, Cinematographer and Editor, which took him all over the world; from the torn and struggling villages of Haiti to the rustic and historic river town of Schiltach, Germany – all while building an impressive portfolio of work.
He has written and directed several award winning short films, including Transolar and Lifeline, and has been recognized for his commercial work as well, including receiving a Silver ADDY for The Execution.
In addition to his own work over the years, he has also been fortunate enough to collaborate on projects with The Clinton Foundation, Sean Penn’s Haitian Relief camp JP/HRO, and Grammy Award Winning band Arcade Fire.
He is currently the lead Editor and Visual Effects Artist at ILF Media in Spokane, WA.