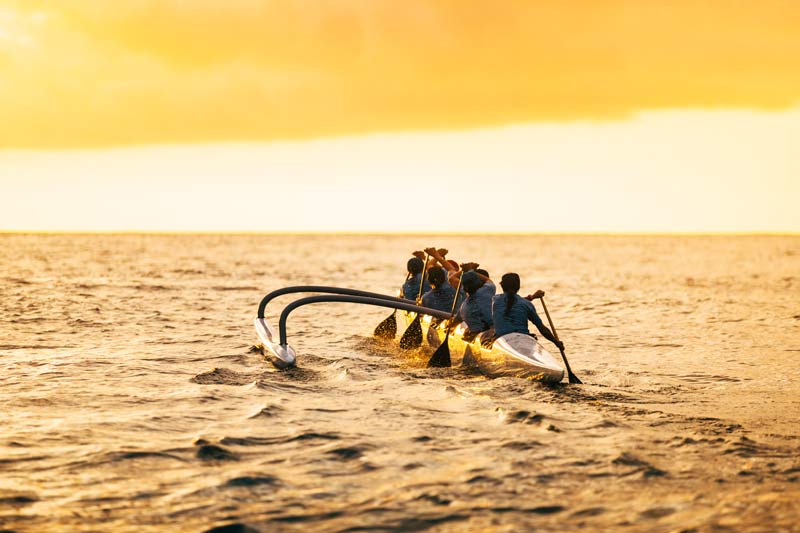 For thousands of years, outrigger canoes have connected diverse cultures and people around the world. People of water follows the story of Rob Prechtl, a member of the US Men’s Raft team, as they embark on a journey to learn the craft of outrigger paddling.

Adventure photographer Forest Woodward was born and raised in the hills of North Carolina, but his career has seen him log many miles across the globe as he has captured the beauty of sports, such as surfing and climbing, as well as intimate portraits of migrant workers and street kids. Woodward seeks out stories with soul and intrepid spirits whose eyes twinkle with the allure of adventure. Based out of Brooklyn, New York, Woodward is the director of The Important Places (Mountainfilm 2015) in which he takes his father down the Grand Canyon. Returning to the ditch, Woodward follows the U.S. Men’s Rafting team as they attempt to break the speed record through the canyon in The Time Travelers (Mountainfilm 2017). He also co-directed the shorts Ace and the Desert Dog (Mountainfilm 2016) and Sky Migrations (Mountainfilm 2018).