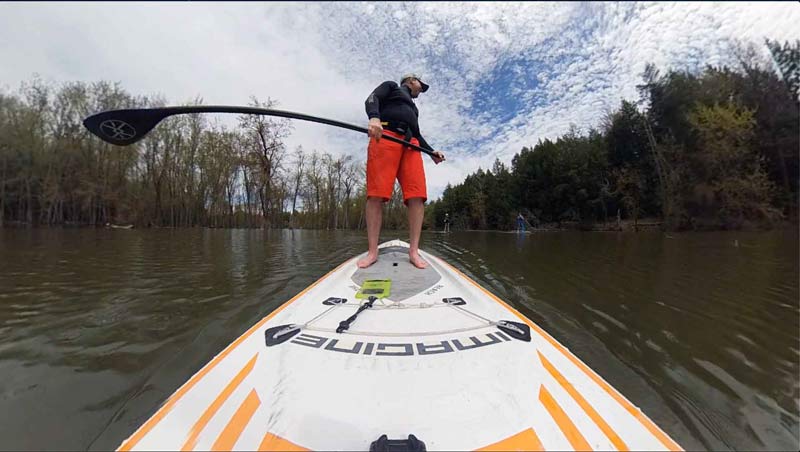 When you live in the mountains, in spring, quiet creeks become swollen rivers.
For a few weeks they are beautifully navigable by paddleboards. Skirting around dead limbs, and animals everywhere. But the water is also murky so you never know what’s just below. Filming the adventure on a paddleboard is tricky. We used to mount a goPro to the front of the board. This day we added the new 360 degree spherical camera that shoots in every direction all the time. The downside is, it creates massive data, the upside is, you get to decide where to look after you return home.
Filmed on the LaPlatte river, April 2019. Filmed with the new Insta360 ONE X 360 camera.