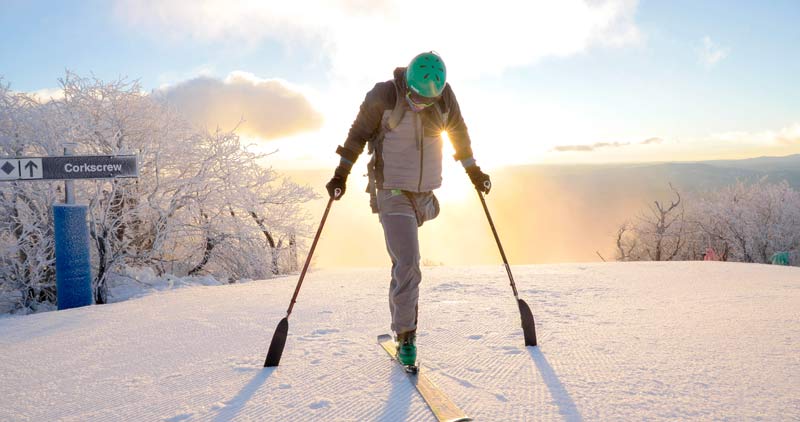 After losing his leg to cancer as a young adult, Jon Wilson struggled with feeling broken. Challenging himself in the outdoors presented a possible remedy. Today, crutching up and skiing down mountains at night provides a distinct backdrop for Jon to explore, accept, and embrace the idea of “brokenness,” allowing him to find a more sincere, vulnerable and honest connection with life.

1. I grew up with Jon and knew him before he lost his leg to cancer as a young adult. Making this film, and achieving distance and perspective while in the editing room, helped me see Jon and his story for all of its complexity, depth, and inspiration. It helped me put into words what I had been feeling and had failed to be able to articulate in years past. 2. I did a previous film on Jon called Ascend. In it, I focused on what Jon went through with losing his leg to cancer, the surgery, and reconnecting with life. It screened at film festivals and while watching Jon during a Q+A session after one of the showings, I realized that there was a different version I needed to tell: not what Jon did, but rather what he believed in having gone through the experience. 3. It is EXHAUSTING trying to keep up with Jon to film. Not easy. He is fast. I joke around with him that he is faster because having only one leg makes him lighter, but it is a TON of work and not easy to try to film him in his element.