MEMORIES OF A TRAVELER 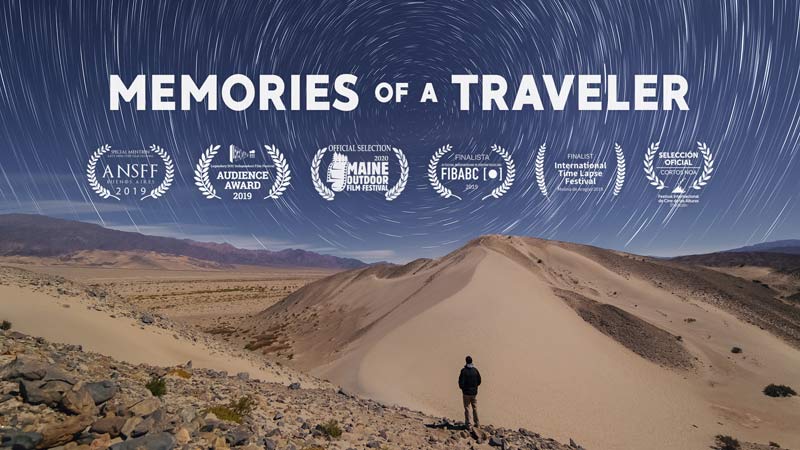 Memories are a strange thing. They are similar to dreams in a sense, it’s that almost blurry thing that we can only see in our mind, but no matter how hard we try, they never become as sharp as the moment we lived. Memories of a Traveler explores the wonders of nature during day and nighttime from the perspective of a traveler (and photographer) that doesn’t want to forget all the moments he’s lived and places he’s been to. This serves as the perfect excuse to showcase the beautiful landscapes around Northern Argentina, the Puna and Chile, with inhospitable places, extreme weather and as desolate as places beyond our own planet.

My inspiration came when working on a previous film of mine, I was stuck and felt I was just doing the same thing I’ve been doing for a few years now, so I wanted to work on this film from a different perspective, a more cinematic one.
Every shot in the film was captured using a photographic technique called time-lapse, it lets you see the passing of several hours compressed in just a few seconds. Every shot is made out of pictures from a still camera.
The most difficult part of the production was staying outside shooting during very cold nights. Even though I enjoy shooting the night sky and stargazing, my body and cold temperatures don’t get along.
Another thing that was a bit difficult was getting the right person to narrate the story. Since the landscapes are mainly from northern Argentina, it had to be someone with a northern accent, otherwise I think the narration would not work. Fortunately we found the perfect guy to do it. Sadly it is something only people who really know Argentine Spanish will be able to appreciate.
The best part was working with my childhood friend who wrote the script and with other talented people who understood exactly what I wanted for the film and delivered wonderful work.