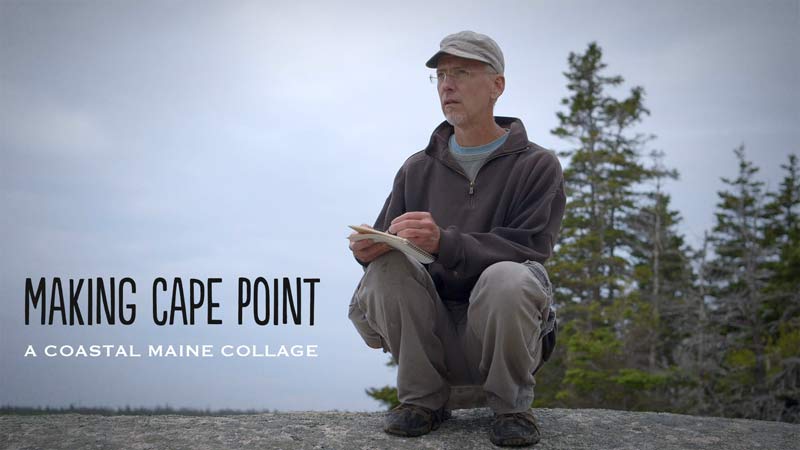 A middle-aged bohemian reflects on his adventures as he “paints” a promontory on Maine’s remote Wass Island using an innovative technique he developed.

– Inspiration for Making Cape Point came after watching the documentary, The Last Pig, by Joseph Brunette and Alison Argo. Their approach for telling the pig farmer’s story — i.e, the farmer’s voice-over with no on-camera speaking — seemed like the ideal model for telling the story of an artist. Joseph generously provided guidance throughout the making of Making Cape Point.
– All footage was shot and interviews recorded during three weekends visits during the summer of 2018. Total budget for the film, not counting car travel expenses and film festival submissions, was under $500.
– The discussion between the filmmaker and the artist about the naming of the piece (and of the film) was much more heated than the film lets on!