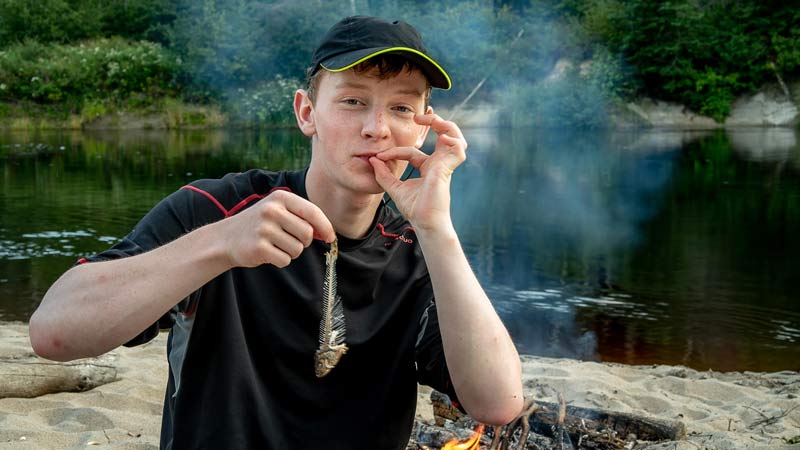 Does it feel different to be a teenager from the new world or from the old world when you raft down a rapid for the first time and share fishes, pancakes and Belgian chocolate around a campfire? Leo and Sinbad are cousins. They barely know each other. One lives in the United States and the other in Belgium. During a packraft trip in the pristine Quebec wilderness, they get to know each other. Together with Cyril and Dom, their mentor, they packraft down three rivers between Ontario and Quebec: the Coulonge River, the Black River and the Petawawa River. Musics from Yehezkel Raz and Israel Wasserman (Artlist.com)