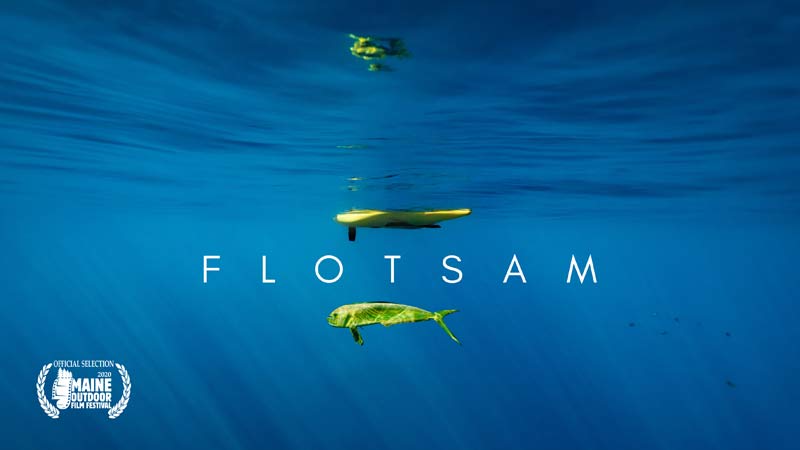 You’re paddling a kayak in open ocean 6 miles off the South Florida coast when a sailfish bigger than you peels off with the fishing line at your rear. This is David Gauzens’ day to day. A Miami native, David knows glitzâ€”but he shuns it as part of a small, gritty band of kayak fishermen who forsake flashy boats for utilitarian pieces of plastic to pursue their passion. High seas, storms, even capsizing don’t deter David from exhaustive encounters with prehistoric fishâ€”and he learns in the process how little he needs to be content.

1. Making a fishing documentary is like not having control of half your main characters in an already unpredictable film – the fish namely. David’s a fantastic fisherman, and I knew we’d get at least a few fish on camera, but I really wanted the specific visual of a sailfish with the kayak.
We planned a shoot day — getting together the team, the cameras, the kayak, the boat, the sunscreen — then caught some fish, but no sailfish. Repeat this process three more days and I had a mountain of incredible footage – thanks primarily to Josh Liberman’s merman-like underwater shooting abilities. Mahi mahi, king mackerel, bonita, and barracuda were all on camera, as well as some beautiful sunrises and great interviews, but I didn’t have the sailfish shots.
I had just moved away from Miami but planned a trip back this past January. After a week of trying to find the right filming conditions, Joe Hector hooked me up on a boat to shoot the Sailfish Smackdown Extreme Kayak Fishing tournament. Here was my chance at getting those shots, but Josh was unavailable and I had no underwater gear. So I went to a tourist shop on South Beach, bought a $15 mask and goggle set, then headed to Best Buy and picked up a GoPro. Forgive the camera nerdery, but the 2.7k, 120fps, flat-color-profile footage off the Hero 8 black is primo for its size!
So this was it. I had my underwater vision and my GoPro on a stick. The first fish got hooked in less than an hour. I figured it might be my only opportunity and was so stoked that I jumped from the boat towards the fish into a sea of jellyfish with my socks still on. My snorkel immediately broke off and sunk, but I still had the camera and a sailfish was on the line. Little did I know the anglers would go on to land 22 more sailfish that day. I followed as many as I could – looking like an under-equipped, jellyfish-stung, drowning dog. The day ended and I had more sailfish shots than I knew what to do with.
Every shot of a sailfish in the water that made the final cut is off a GoPro. The whole experience solidified the “any-camera-is-better-than-no camera” mantra for me.
2. This film was hugely inspired by Felt Soul Media’s fishing projects and Ben Knight’s first-class editing.