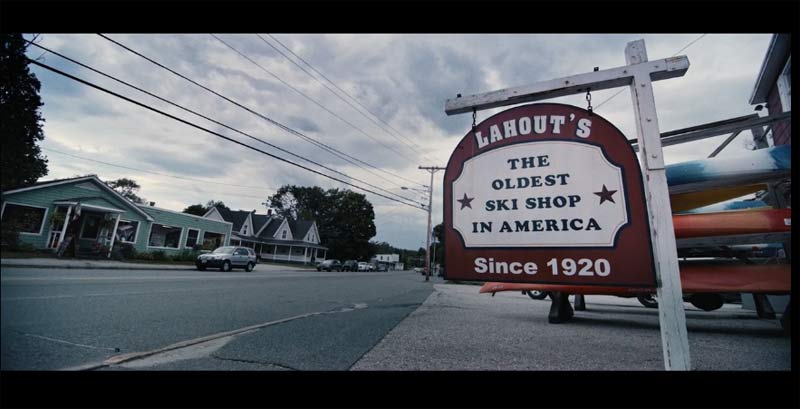 Best Film From Away

In the rugged White Mountains of northern-New Hampshire, Lahout’s has remained open 365 days a year since 1920. While technology and conglomerates have stripped the country of local, independent retailers, a family of Lebanese immigrants has prevailed for a century, beating the Great Depression, World War II, Dot Com Crash and Great Recession. With a family and staff who have spent their entire lives working at the shop, we arrive at their centennial during a vulnerable time. The patriarch (Joe Lahout Sr) is in an intense fight with father time. Having skied, worked-out and traveled well into his 90’s, Joe has begun to struggle with his daily rehab and medication schedule, while his grandson (Anthony Lahout) has returned home to help with his recovery. As Anthony begins spending time with him, he explores his grandfather’s lineage as well as questions the source to the store’s success. As we approach 2020, the reality of life-without-Joe is introduced to the Lahout family and staff, sending shockwaves throughout the ranks. Award-winning director Nick Martini and cinematographer Cam Riley have teamed up with executive producer Anthony Lahout to captivate a nation consumed with hashtags instead of history. This film tells a timeless short story of the American dream and the family that put a community on skis. After 100 years, Lahout’s is still a family business moving onto its fourth generation. Through past and present, we learn the true source of the store’s success. As their monarch passes on, we question and discover the backbone of its longevity. We hope to inspire immigrants, military veterans, millennials, grandchildren, family businesses, and outdoor enthusiasts that all in America is not lost.

From EP Anthony Lahout, “As a native to the White Mountains of New Hampshire, I was most effected by the people of the north country. Living, working and skiing in one of the most rugged climates in the United States, the locals here define strength, perseverance and independence. The making of this film taught me that no matter how much time you have spent (growing up) in a place, or how close you are to your elders, massive lessons can always be learned. As time moves on, I can only hope to continue on the tradition of the north country and put the god damn skis on and go like hell.”