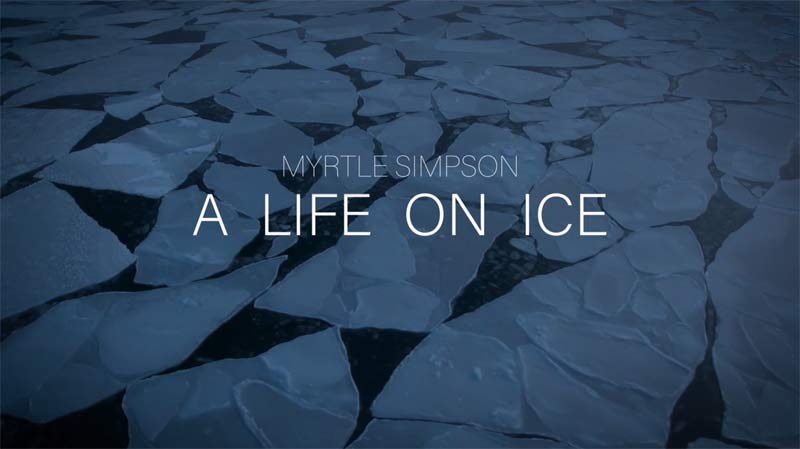 Myrtle Simpson – trailblazer, pioneer, adventurer, mountain climber, polar explorer, writer, and mother. In 2017, over fifty years after she became the first woman to cross the polar ice cap covering Greenland, she was awarded the Polar Medal – a gift from Queen Elizabeth II as thanks for services in the Arctic. In 2018, National Geographic named her as one of four women who defied expectations and explored the world. Myrtle’s life has taken her around the globe, journeys on which she insisted on taking her four children while she and her husband Hugh pursued their work and passion. Myrtle faced harsh criticism for “putting her children in harm’s way” but defiantly persisted, telling the newspapers, tv and radio that these experiences enriched her children’s lives far beyond their typical everyday experiences in Glasgow. From Spitzbergen to Greenland, from the North Pole to the Highlands of Scotland, from New Zealand to Peru, Myrtle has blazed her own, unique trail. She has experienced places most people only dream about, all while writing 13 books, collecting specimens for museum botanical collections and raising four children. Today, at the age of 89 she still competes in downhill ski races, hikes, bikes and swims and believes that more adventures await.