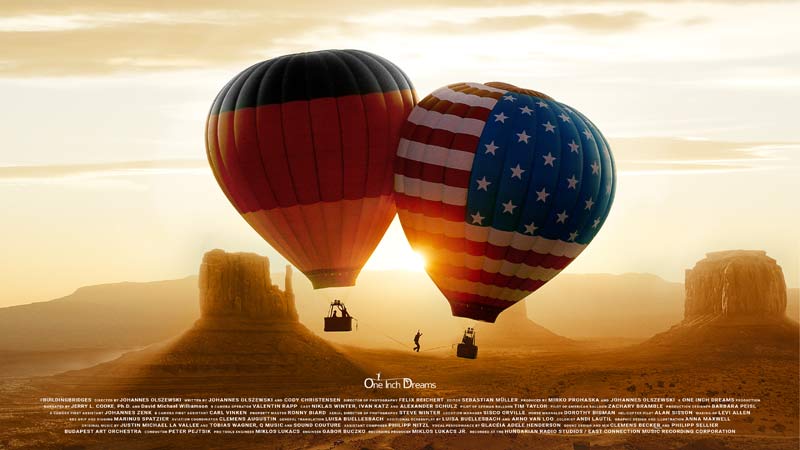 High above the sacred Navajo land of Monument Valley, two hot air balloons float, circling each other as if in a dance. One carries the German flag, the other that of the United States. A closer look reveals that the balloons are not only tethered together, but that a person is walking on this thin, connecting line. This is the sight that the protagonist of the short film #buildingbridges beholds, as he steps out of his humble Utah home and looks up at the sky. An old and lonely man, he finds his own courage through the actions of these strangers. This balancing act in movie form by the young creative agency One Inch Dreams was commissioned by the German Embassy as a tribute to German-American friendship. In October 2018 the production company One Inch Dreams captured unique pictures in Americas wild west. Those key visuals for the campaign “Wunderbar together“ of the German year in the US are the groundation of three movies that got finished after one and a half years of work. The production of the films has been characterized by difficult circumstances and extraordinary challenges. On a knife-edge was also the balance act of extreme sports athlete Niklas Winter who kept it together during this symbolic slackline crossing.