Waldoboro, Maine
Join the Maine Outdoor Film Festival for an evening of outdoor adventure and conservation films at The Waldo Theatre. 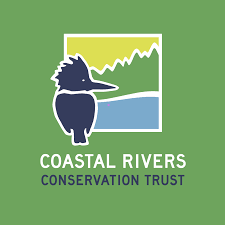 THE LAST LAST HIKE – 19.9 minutes – by Céline François – from Washington – Short synopsis: 83-year-old Nimblewill Nomad is about to become the oldest person to thru-hike the Appalachian Trail. But he didn’t start at Springer Mountain, Georgia – his trek began on Flagg Mountain in Alabama, the true southern terminus of the Appalachian Mountain Range. Throughout his odyssey, he’s meeting hikers along the way and sharing the magic of Flagg Mountain, where he has been the caretaker for the past three years. With more than two decades and 50,000 miles of hiking experience behind him, will this really be his last last hike?

WRITE YOUR LINE – 3 minutes – by AUGEY MARC, COLLET ANDY – from France – Short synopsis: As a kid, Ben dreams of reaching the level of his favorite athletes, who have become legends today. During his ski descent, he finds himself sharing his ride with the greatest. This descent will go viral on the internet, provoking the craze of future generations, all curious to see such a sharing.

RIDING THE RAILS – 10.1 minutes – by Evan Kay – from Vermont – Short synopsis: Using a bicycle modified to ride on abandoned train tracks, pro mountain bike rider Alex McAndrew and his wife Ella head out into the unknown in search of remote fishing, camping, biking, and adventure.

NORMAL PEOPLE WOULD DRIVE – 22.7 minutes – by Olivia Holt, Patrick Wood – from Australia – Short synopsis: A team of middle-aged women, who have never considered themselves athletes, head to the remote Australian outback to test their physical and mental limits in a desert ultramarathon.

CONTINUUM – 2 minutes – by Harrison Mendel – from British Columbia – Short synopsis: Everything is connected. Each ride is an extension of the one before. Each reentry is a transition to the next launch. Each experience builds on one another toward a flow state of endless progression. Only the settings and perspectives change along this continuum. In this film by Brett Rheeder and Harrison Mendel, the sequence of individual movements are all linked together as a cohesive collection, with each maneuver unique yet forming a coherent visual journey across ever-changing landscapes by maintaining a locked perspective. Creating this visual trick of relentless flow and seamless transitions from one scene to the next was a technical challenge for both rider and cinematographer, and it required intense planning and dedication from the entire team to work through these problems. Anchoring the point of view to bring the audience along on Brett’s journey as everything else moves seamlessly along the continuum.

KEYSTONE: VOICES FOR THE LITTLE FISH – 11.2 minutes – by Jerry Monkman – from New Hampshire – Short synopsis: The people of Gardiner, Maine work to provide fish passage around three historic dams on Cobbossee Stream for the first time in 270 years. The goal: restore an ecosystem that can support millions of river herring and other wildlife.

UNSINKABLE SHIPS – 7.8 minutes – by Lamia Lazrak, Josie Colt – from Maine – Short synopsis: Unsinkable Ships is an animated film that explores the ideas of theorist Buckminster Fuller through the voices and stories of Maine Islanders.

FIRE IN THE WILDERNESS – 11.6 minutes – by Mark Kreider – from Montana – Short synopsis: This film shows leading fire ecologists working to better understand wildfire in Western U.S. wilderness areas and highlights the importance of allowing fire to express itself as a fundamental natural process.