Bartlett, New Hampshire
Join the Maine Outdoor Film Festival and Grand Summit Hotel at Attitash for an evening of outdoor adventure and conservation films shown under the stars on the mountain at Attitash.

MOFF AND GRAND SUMMIT HOTEL APOLOGIZE FOR THE INCONVENIENCE

Time:  6:00PM
Location: On the mountain, behind the Grand Summit Hotel at Attitash – 104 Grand Summit Dr, Bartlett, NH 03812
Tickets: $10
Presented in partnership with: Grand Summit Hotel at Attitash
Program Notes: The film program will last about two hours, including a 10-minute intermission.
Please bring your own chair for comfort and safety
This event will adhere to any prevailing State Safety Guidelines (including social distancing, crowd limits and face mask recommendations).
Film program is subject to change. 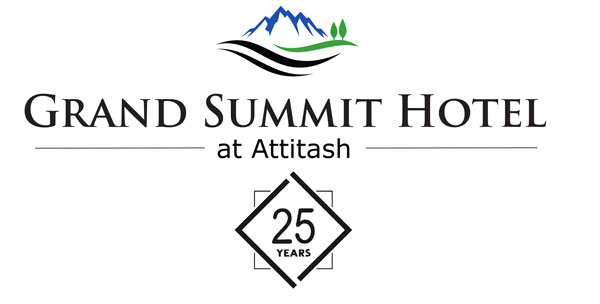 CRAFT – 11.5 minutes – by Mattias Evangelista – from Washington – Short synopsis: Professional skiers, Micah Evangelista and Zack Giffin, have based their lives and careers around the mountains, but it’s their passions off the hill that keep them balanced and grounded.

WINTER SWIMMING – 3 minutes – by Art Bell – from Vermont – Short synopsis: Maybe the best medicine in winter in the Northeast, is regular swimming in the frozen northern lakes of Maine, New Hampshire and Vermont.

RIDING THE RAILS – 10.1 minutes – by Evan Kay – from Vermont – Short synopsis: Using a bicycle modified to ride on abandoned train tracks, pro mountain bike rider Alex McAndrew and his wife Ella head out into the unknown in search of remote fishing, camping, biking, and adventure.

MARDI & THE WHITES – 11.45 minutes – by Paula Champagne – from Massachusetts – Short synopsis: Mardi has a rich relationship with nature that has evolved and deepened throughout her life. In the last 20 years she’s dedicated much of her time to exploring the landscape in the White Mountains (unfortunately coined “The Whites” by New Englanders) on Abenaki land. In that time Mardi summited all forty-eight 4,000 footers multiple times, often as the only Black person on the mountain. She has experienced great joy from communing with this landscape, but the overwhelmingly white hiking community that is so seeped in white supremacy and colonialism complicates her experiences. Recently, she has focused on creating more opportunities for Black folks to join her in appreciating this magnificent wilderness. Enjoying this land with her community has been a liberating balm that has strengthened her sense of identity as an outdoorswoman.“Mardi & the whites” is a peek into Mardi’s relationship with the White Mountains, the great outdoors, and the community that surrounds them; Above all, it’s a celebration of Black liberation in the wild.

TIERRA DEL FUEGO – 6.5 minutes – by Oleksandr Lozytskyi – from Ukraine – Short synopsis: Film from an exciting expedition to Tierra del Fuego in Chile and Argentina in November 2021.

SPIRIT OF THE PEAKS – 41.25 minutes – by Connor Ryan, Tim Kressin – from United States – Short synopsis: Produced in partnership with REI Co-op Studios, Wondercamp and NativesOutdoors, and co-directed by Hunkpapa Lakota skier Connor Ryan, “Spirit of the Peaks” is a film about the struggle for balance between two worlds. For Connor, skiing in Ute Territory has always raised questions about being in reciprocity with the land and its people. As a skier who connects with the land through sport, he empathizes with the injustices that have displaced the Utes and ongoing colonization, erasure and extraction impacting the Ute people. This story connects conflicted pasts to an awakening in cultural awareness that can create an equitable future for Indigenous people and skiers. Connor’s mission with the film is to do his part in restoring balance with all inhabitants of these mountains by illuminating the Utes’ culture and traditional knowledge that can benefit everyone in the fight to preserve the land and dissipating snowpack.